Happy 4th of July! As Americans, we celebrate our rights to life, liberty and the pursuit of happiness. Those of us who are in the disability community now can also celebrate the right to save money.

What? You mean that not everyone in the USA can save money?

Up until December of 2014, individuals with disabilities were not allowed to save more than $2,000 (in cash, savings, etc.) in order to receive essential home and community-based services that allow them to live in their own homes/apartments, to have a job and to be an active member of their own community. 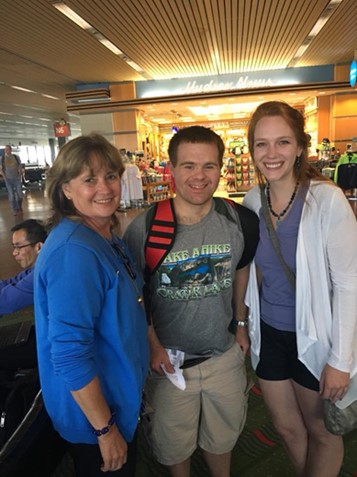 The Stephen Beck Jr. Achieving a Better Life Experience (ABLE) Act (Public Law 113-295) was signed into law on December 19, 2014. This Act amended IRS regulations that would allow individuals with disabilities to actually save money and not have these savings accounts count towards their $2,000 cap to be eligible for critical government supports. The ABLE Act allowed states to set up ABLE accounts that are similar to college savings plans.

It was not until June of 2016 that the first state ABLE accounts were opened. I am very proud to say that Nebraska was the third state in the nation (after Ohio and Tennessee) to launch these savings accounts. A special thank you to the Nebraska State Treasurer’s Office and First National Bank of Omaha for their diligent work in getting the "Enable Savings Plan" started.

My son, Justin, opened an account the very first day. He has now used his Enable Savings Plan to buy new furniture for his apartment and to “Fly by myself—No Mom!” to Seattle to visit his sister, Kristin. He will be taking his second trip to Seattle (by himself) at the end of June into July. What a great way to celebrate being able to achieve “life, liberty and the pursuit of happiness!” He is excited to see another Seattle Mariners baseball game, spend time with Kristin and her friends, and enjoy everything that Seattle offers.

As we celebrate the 242nd Anniversary of the Declaration of Independence, I am thrilled that the “freedom to save money” is now available to individuals with disabilities as well.